A Seven-Letter Word for 'Restructuring' 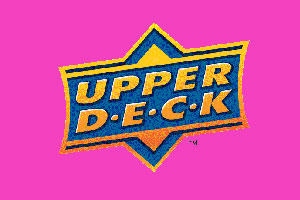 According to ICv2, Upper Deck is undergoing some personnel changes. As in some folks are likely out of work.

Nobody should be shocked as much of the company's bread and butter have recently gone elsewhere. Yu-Gi Oh was a billion-dollar license. Even if the counterfeit settlement with Konami wasn't very big, the fact is that snafu cost them much more with the loss of the license. Next was Blizzard Entertainment opting not to renew their Wizard of Warcraft CCG license with the company.

The bleeding still didn't stop as Upper Deck tried unsuccessfully to work their way around the exclusive contract MLBP signed with Topps. Again, the settlement might be doable but their loss of rights to include things like jersey pieces, options to airbrush and other concessions makes it difficult to make a real go with baseball. Sure, a portrait-style set would be awesome (hint, hint), but how many of those can they make to get the cash flow going to a level it would be with fully licensing. I'm no expert but it'd certainly be an uphill challenge.

The article states that much of the restructuring is happening within the entertainment division. There Upper Deck has a pretty big license with Marvel to make both cards and CCGs. But their previous experiences with the license didn't wow the market. Neither have Upper Deck's other recent attempts to become a major player in the non-sport market. Tale of Despereaux and Igor were nice in that the manufacturer showed a willingness to reach out for new licenses. But both sets (and movies) were duds. A few months ago Upper Deck announced the acquisition of the Thomas the Tank Engine and Hello Kitty card licenses. Neither have had firm sets and release dates announced yet.

No matter my thoughts on the legal issues surrounding Upper Deck, it sucks to hear people losing jobs. Even though I don't know people within the company on a personal level, I still hate hearing about layoffs restructuring. Especially when some of the people at the top making the iffy calls probably still have their family photos sitting on their desks.
Posted by Ryan Cracknell at 8:09 PM
Labels: business stuff, Hello Kitty, Igor, industry news, Tale of Despereaux, Thomas the Tank Engine, upper deck

Ya it is sad to see.

I really do hope UD gets their head on straight, despite "restructuring." I don't want them to give up on baseball, as you said there are ways around it. I want to see some liveliness in the hobby! Some competition! Some innovation!

So if one of those being "restructured" isn't Richard McWilliam, how is this really supposed to make any difference?